An ancient grave with a Nestor’s Cup that was believed to contain the remains of a child has now been found to be the burial place of three adults.

Ancient Greeks normally buried their loved ones in pithoi, large pottery vases that would hold their bones, or directly in the ground, by themselves.

However, new research has uncovered a grave with three adults in it, along with a racy inscription on a vase buried alongside them.

Normally, bodies are found alone although at times family members are found in the same grave. The grave at Ischia, Italy had been thought to contain the bones of a child.

Yet, after scientists x-rayed it recently, the remains of three adults were found there alongside a vase with an inscription to Aphrodite, the goddess of love.

The three bodies, along with the vase, known as “Nestor’s Cup,” are now a part of the solving of a very unusual and extremely intriguing mystery. 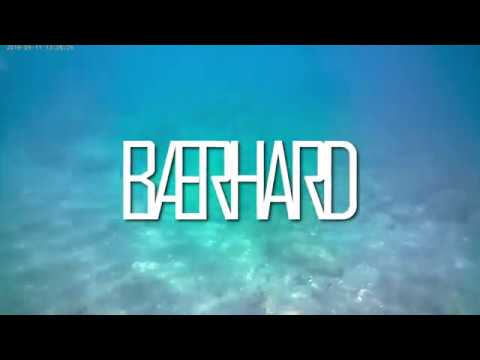 On permanent display at the Archaeological Museum of Pithecusai on the island of Ischia in Italy, Nestor’s Cup was already well-known to researchers.

However, its inscription, dedicated to the love goddess Aphrodite, had been viewed as unusual since the grave had always been thought to have contained the remains of a child.

Dating back to nearly three thousand years ago, the grave’s mysterious nature might be cleared up now since researchers know that it was in fact three adults who had been buried with the cup.

Nestor’s Cup has a three-line inscription ending with a promise that whoever drank from the cup “would be smitten with desire for Aphrodite, goddess of beauty and love,” according to the Live Science journal.

“We can say that we re-opened a cold case,” lead study author Melania Gigante, a postdoctoral researcher in the Department of Cultural Heritage at the University of Padua in Italy, told Live Science in an email.

The burial is part of an ancient site called Pithekoussai, an ancient Greek city and necropolis on the island of Ischia in Italy. Dating back to the eighth century BC, archaeologists excavated approximately 1,300 tombs there between 1952 and 1982.

One of the tombs, identified as “Cremation 168,” is more widely known as the “Tomb of Nestor’s Cup” after an inscribed clay vessel for drinking wine, known as a kotyle, that was discovered there.

The cup bears one of the oldest surviving examples of Greek writing, the study authors reported on October 6th in the PLOS One journal.

In the epic Greek poem the Iliad, Homer described a beautiful golden cup that only its owner, the hero Nestor, could lift. According to legends of the time, adventurers would drink a fortifying beverage from its depths.

By comparison, the clay vessel found in Tomb 168 is a simple cup, but its inscription claims otherwise in a nod to Nestor’s mythical goblet, according to the Joukowsky Institute for Archaeology and the Ancient World at Brown University in Providence, Rhode Island.

Three lines of text in the Greek alphabet are written on the clay cup in hexameter (a line of verse with six accents), thought to be an allusion to Homer’s poetry.

The text reads: “I am Nestor’s cup, good to drink from. Whoever drinks this cup empty, straightaway Desire for beautiful-crowned Aphrodite will seize him,” according to the institute.

Tomb 168 held 195 bone fragments; the researchers used microscopy to examine details in the surfaces and internal tissues, seeing conclusive results on 175 of them.

To their surprise, they found that only 130 of the bones were human; 45 bone fragments came from animals. Some of those bones likely belonged to sheep, and other bones may have belonged to dogs and birds.

When the scientists looked at the human bones—mostly bits of large bones from the arms and legs—they examined formations that emerge as bone tissue renews itself over time.

By comparing the density of these formations across specimens, they saw that the fragments belonged to three individuals, not one child.

Human and animal remains showed similar burn patterns, hinting that they were burned together or using the same methods, and the animals in the grave may represent food offerings for the dead “or companions in the journey to the afterlife,” according to the study.

“This study is only the first step towards a more complete interpretation not only of the Tomb of Nestor’s Cup, but also of the customs and funerary uses at the dawn of Magna Graecia (Greater Greece),” Gigante said. 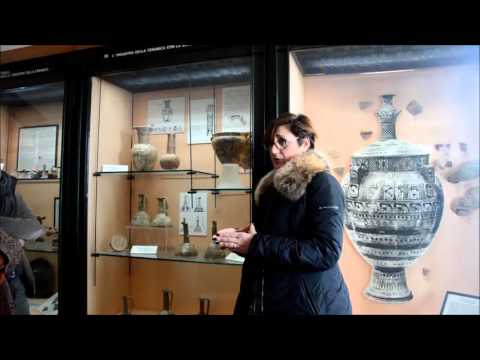 In 1954 in Lacco Ameno on Ischia, the ancient Pithecoussai, an island in the Gulf of Naples, the cup with the three line inscription was found, proving to be one of the earliest surviving examples of Greek alphabet writing.

In the 8th century BC, Greeks from Eretria and Chalcis arrived at Pithecoussai to establish an emporium for trade with the Etruscans of the mainland.

This settlement was home to a mixed population of Greeks, Etruscans, and Phoenicians.

Its harbor was safe from raids from the sea and Pithecusai became successful through trade in iron and with mainland Italy. In 700 BC, Pithecusai was home to five to ten thousand people.

The ceramic Euboean artifact inscribed with a reference to “Nestor’s Cup” was discovered in a grave dating back to 730 BC.

The lines engraved are important testimonies to the early Greek alphabet from which the Latin alphabet descended via the Etruscan. According to certain scholars, the inscription also might be the oldest written reference to the Iliad.

He Hiked The Appalachian Trail And Took A Selfie Every Day. This Is A Timelapse From Start To Finish